Visions of being Customer-Centric

Customer-centric marketing revolves around the customer; they are the center of your universe.  The most important asset you have.  Treat them with respect.  The factors of greatest value in a business’s life are the definition of and determine what are their needs and wants.  This will enable you to decide if there is a match between your services and their needs.  How are you going to service them? How will you be an integral part of their buying pattern?

While most companies are customer- focused few are truly customer-centric.  Customer-centric companies invest in their customer’s wants and needs.  It is your job to find a way to supply them.  What you like is unimportant; only what the customer likes matters.  Toyota sends members of its Rand D group to live with potential customers.  This enables them to learn the customer’s lifestyle and design a car that fits their individuality.  In order to do this you need a firm grasp on who your customers are and what are their demographics.  Customer-centric companies are more concerned with quality and service than price. 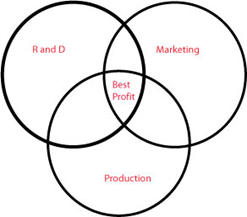 It is the job of R and D to learn what it is they want.  Marketing to tell them how to supply it and production can make it.  The company’s best profit and customer satisfaction occurs when all three modalities intersect.  The belief that customer is king must start at the top.  The board and the company executives must have a vested interest in the customer.  At Amazon, Jeff Bezos leaves one seat empty at the board of directors meetings.  This seat is symbolically occupied by the most important person in the room, the customer.  The decisions you make need to have a laser focus on solving you customer’s problems.

I love people counting on me…it’s easy to be motivated because we have millions of customers counting on us at Amazon.

At Amazon, everyone from the board down need to take training in customer care.  A good idea for your company is to have various executives manning the front lines, interacting with the customers and solving problems a minimum of three times per year.  The front line employees are your best source of marketing.  It’s everyone’s job to make the customer happy and the company profitable.

Researchers found that customer experience is directly related to customer loyalty.  For example, Walt Disney’s goal is to do what it does so well that customers want to see it again and bring their friends.  In order to achieve customer loyalty you need to have the following core skills.

"Values and mission.  Most companies have a mission statement and plan.  Where is it and is it useable?  Why would someone spend money with you?  What is unique about you?  What is your sales area?  What is it you want to accomplish?  How are you going to satisfy your customers?  Always think of the customer and why it is good for them.  Deliver the wow through service and end with, be humble"        -Tony Hsieh, Zappos

Have a purpose in everything you do.

Your customers can tell when you are faking it.  Believe in yourself and what you do. My mom used to say that who you are speaks so loudly that I can’t hear what you say,  Cory Booker, Mayor of Newark NJ.  Asking the why brings the conversation back to the customer and away from the product.

Your plan needs to ask:

b.       How will we make sure everyone on the board is committed?

c.       How can we make the hard decisions to keep our promises even if they are not easy?

Be connected.  Any company built to meet everyone’s needs, will not meet anyone’s.  Who is my customer? In order to be customer-centric you need to define a profile of who you want to serve.  Why do you do, what you do?  Is it in the best interest of the customer?  Company leaders need to definitively answer these questions.  Who are you and how can you serve?  This does not mean you are a door mat.  In any relationship, there should be a two-way street of respect and understanding.  A customer that chronically complains and berates your employees may need to find someone else to deal with.

I often think of the poem Two Raindrops by Joseph Morris:

Two little raindrops were born in a shower,
And one was so pompously proud of his power,
He got in his head an extravagant notion
He'd hustle right off and swallow the ocean.
A blade of grass that grew by the brook
Called for a drink, but no notice he took
Of such trifling things. He must hurry to be
Not a mere raindrop, but the whole sea.
A stranded ship needed water to float,
But he could not bother to help a boat.
He leaped in the sea with a puff and a blare--
And nobody even knew he was there!

But the other drop as along it went
Found the work to do for which it was sent:
It refreshed the lily that drooped its head,
And bathed the grass that was almost dead.
It got under the ships and helped them along,
And all the while sang a cheerful song.
It worked every step of the way it went,
Bringing joy to others, to itself content.
At last it came to its journey's end,
And welcomed the sea as an old-time friend.
An ocean," it said, "there could not be
Except for the millions of drops like me.

Cooperation allows you to redefine your company processes and beliefs.  Keep them in line with you mission.  By working together, procedures can be developed to help front-line employees make decisions about, how to help the customer and improve their experience.

Toyota one of the world’s most customer-centric companies, has embedded the employee in everything they do.  On the production line any employee has the right and responsibility to stop production (Jidoka) if there is an issue with quality.

"Our goal is not to sell more cars.  Our goal is to give our customers more quality…We work for the customer.  We strive to give them peace of mind."

Look at the difference in customer care.  Where would you shop?  In most industries doing the big stuff is easy.  It’s doing the small stuff that makes the difference.  Remember your customer’s name, birth date, etc.  Toyota’s R & D focused on additional cabin space, interior comfort with a long-term view of constant improving the total car.  GM, Ford and Chrysler always wanted to be the biggest.  They offered rebates and sold to rental companies at low or no profit.  The goal was to keep sales numbers up.  Toyota focused on the customer.  They had a long-range goal of satisfying the customer, not quantity of cars sold.  By defining what the customer wanted and who their target market was it was able to be much more profitable. Are you customer centric?  How would you have handled this situation?  This is a story from the book Lead with a Story by Paul Smith.

Sterling price worked at a Pizza Hut in Arkansas.  A lady came in one day and asked if we had meatball sandwiches.  When I told her we didn’t she got very upset-on the verge of tears.  So I said that even though we didn’t have it on the menu, we did have sandwich rolls, meatballs, and tomato sauce and mozzarella cheese.  Since we had all the ingredients, I told her I could make it and just ring her up for one of the other sandwiches on the menu.

She thanked me profusely, and then explained that her husband was very sick and had lost his appetite.  She was desperate to get him to eat something, and asked him if there was anything that sounded good.  He told her he might be able eat some of a meatball sandwich.  She had been to several other restaurants already and no one could help her.  We were her last stop she was going to make before going home empty-handed.

She took the sandwich home and I didn’t think much more about it until the next day when she called Pizza Hut and asked for me.  She told me her husband had eaten as much of the sandwich as he could manage, and was very grateful she was able to get it for him.  It was the most complete and enjoyable meal he had eaten in days.

Then she explained a bit more about her husband’s condition.  It turns out he had been diagnosed with stage four cancer a few months earlier.  His appetite was the least of his unpleasant symptoms, but perhaps the only one she could provide any comfort for.  So it meant a lot to her that I had been so flexible with our menu.

Then she told me he passed away quietly during the night.  That sandwich was his last meal.  She was crying by then, but thanked me again and said it helped make his last day of life a little more bearable.  It still touches me to this day, and is a great reminder that even seemingly small things we do for others can have a big impact on their lives.